Kechari Mudra is known as the king of all mudras, and it is for a good reason. It is a powerful yoga mudra that works on the entire body and all the seven chakras. Yogis also state that we have seven main chakras along with other subtle chakras in our body.

In Kechari Mudra, when the tip of the tongue touches the palate, with regular and correct practice, the Talu chakra is activated, and the heat produced by the mudra generates a sacred liquid known as Amrit (nectar). This nectar produced by Kechari mudra has helped many yogis transcend hunger, thirst and laziness.

The word Kechari in Sanskrit means ‘one who moves the sky.’ Kechari mudra, as the name suggests, helps us activate higher spiritual centers and achieve higher states of spiritual consciousness and awareness.

One of the most phenomenal mudras for chakras, Kechari mudra, activates and cleanses all the chakras from the root chakra to the Ajna chakra. It is also practiced by many advanced yogis to raise the Kundalini Shakti.

With the accurate practice of Kechari Mudra in advanced stages, the Kundalini Shakti rises from the bottom of the spine, and as it balances the entire body’s energies, it moves towards the Sahasrara chakra for a divine union which is also known enlightenment.

This yoga mudra particularly activates the throat and third eye chakra when the tongue touches the palate and with advanced practice, the uvula. With this activation, the nectar secreted awakens the whole energetic body and causes spiritual transformation. 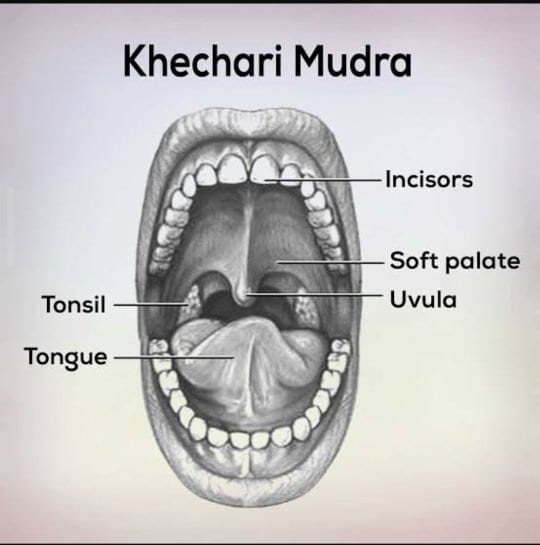 How to practice Kechari Mudra: Technique 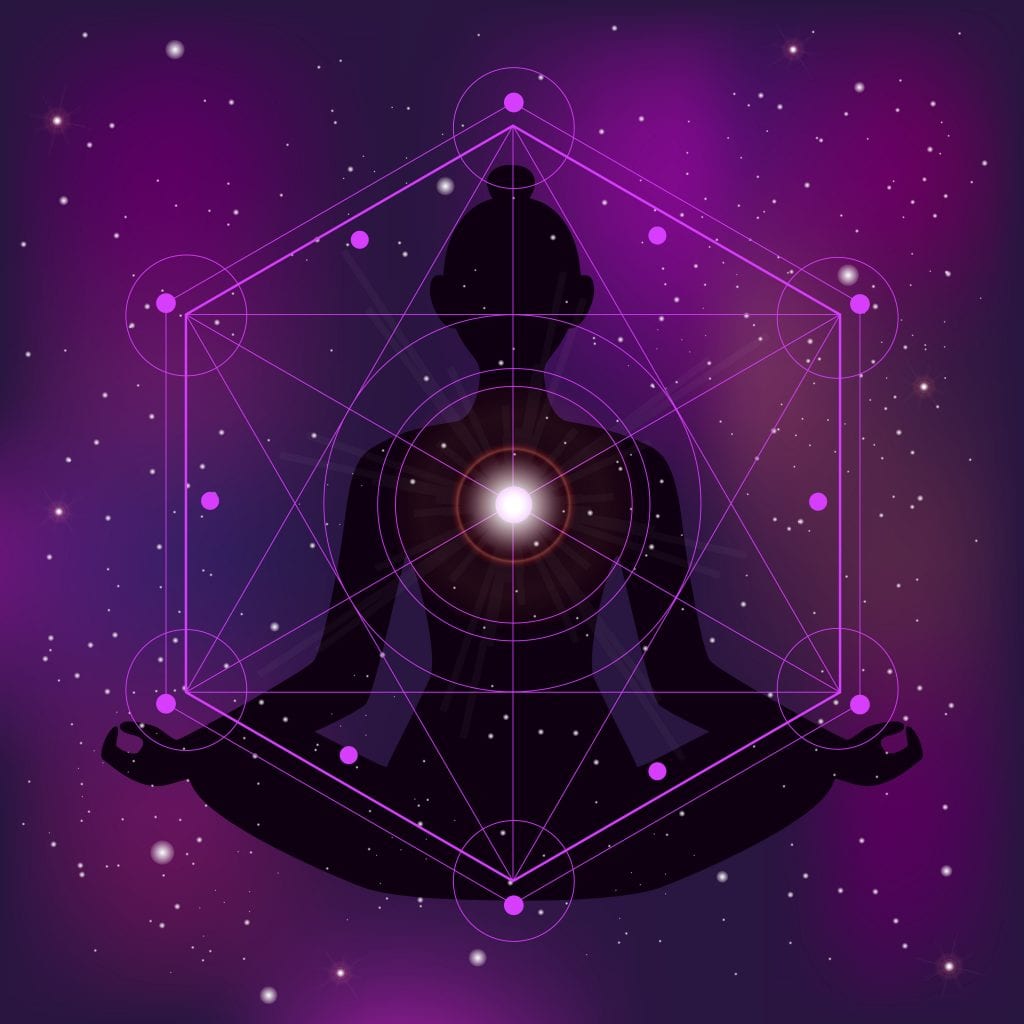 Kechari Mudra activates the salivary glands, which are connected to the digestive tract. This activation leads to healing digestive issues and healing of the solar plexus chakra. This yoga mudra also activates the parasympathetic nervous system, which helps us get out of the fight or flight mode and relax our body, mind and soul.

Kechari mudra, also known as the Nabho mudra, works on the brain, the heart, the lungs, and heals the central nervous system. It helps to ease nervous system disorders such as anxiety and low blood pressure and also eliminates accumulated stress stored in the body.

Kechari mudra, when practiced at the right time and under the right guidance, is an extremely powerful mudra that yields many spiritual benefits. It helps you in reaching higher states of spiritual awareness.

The Amrit (nectar) secreted from the pineal gland with this yoga mudra keeps mental, physical, emotional and spiritual disorders away. This nectar is a potent healing elixir that allows yogis to conquer hunger and thirst so that they can focus their consciousness on achieving spiritual enlightenment and higher states of being.

Kechari mudra helps in activating creative energies and in creating a healthy personality that is in alignment with divine will. It helps in healing any emotional imbalances, which in turn lead to a balanced mind, body and soul.